The Nebraska Bankers Association (NBA, nebankers.org) selected the association’s 2022-2023 chair and chair-elect and board of directors at the NBA Annual Convention May 5-6 in La Vista. 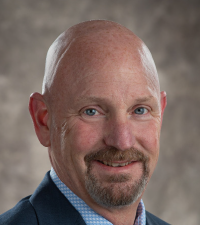 Stephen Stull, president and CEO of Nebraska Bank chartered in Dodge, was selected as chair of the NBA. He began his banking career as a teller at Western Bank in Alliance. He continued working in the industry while he studied business administration and finance at the University of Nebraska-Lincoln. After receiving his degree, Stull worked for various Nebraska banks, including Dakota County State Bank in South Sioux City, Bank of Bennington (now i3 Bank), in Bennington and First National Bank in Sidney. From 1999 to 2009, he served as the chief financial officer for FirsTier Bank in Kimball. In 2009, he joined Banner County Bank in Harrisburg. In 2011 Stull, along with his father, Richard and brother, Michael, organized an investment group to purchase Farmers State Bank in Dodge. Since that time, the bank has added five new branches and acquired two additional banks. 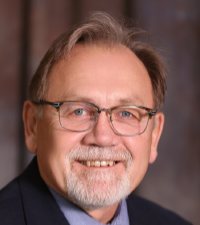 Lydell L. Woodbury, chairman and CEO of First Nebraska Bank chartered in Valley, was selected as the NBA chair-elect. Woodbury has more than 40 years of financial industry experience. He began his banking career at a production credit association in Iowa before joining First National Bank and Trust, now F&M Bank, in Falls City. He also worked for the U.S. Small Business Administration as a commercial loan specialist. In 1990, he joined First Nebraska Bank as president of the Emerson Branch. He eventually assumed oversight of all branch locations as the bank’s executive vice president before being promoted to chairman and CEO.

Learn more about the Nebraska Bankers Association at nebankers.org.

Thank you to everyone who attended the Women’s F

This morning our team met with Kris from @leadersh

Happy Cyber Monday!!🛍️💻 Whether you are d

Today we are saying goodbye and best of luck to ou

Each month, SB features 6 people in the #lnk busin