Ben and his team are creating partnerships with new and existing clients, as well as building commercial loan and deposit business. He received his Bachelor of Science degree in finance from the University of Wisconsin La Crosse. In Ben’s more than 14 years of progressive and increasingly successful experience in the financial industry, he has been responsible for substantial growth in established, new, and emerging markets. He has also served as a trusted expert and advisor to clients and colleagues in areas such as capital and treasury structuring, economic conditions, and financial innovation. Ben currently serves as part of the Floor Committee for the Knights of Aksarben and is a board member of the Crohn’s and Colitis Foundation.

Stephanie is responsible for ensuring that all communication and people-related practices reflect American National Bank’s commitment to client service, continual growth, and community impact. She holds an undergraduate degree in journalism and mass communication from the University of Nebraska–Lincoln where she studied advertising, marketing, and communications. She also holds a Master of Science degree in business leadership from Clarkson College. Prior to joining American National Bank in 2017 as SVP of talent and organizational development, Stephanie was the VP of HR at Midland University and led both HR and quality improvement for OneWorld Community Health Centers. Stephanie is active in the community currently as a member of the Urban League of Nebraska Board, leader in The Women’s Fund Circles Program, and member of Leadership Omaha.

American National Bank is the second largest locally-owned bank based on deposits in the Omaha/Council Bluffs market area. With $3.8 billion in assets and greater than 570 employees, it operates 30 full-service offices in Nebraska and Iowa. For more information, visit www.american.bank. 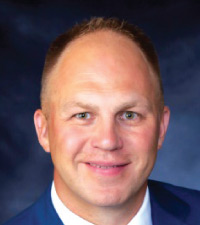 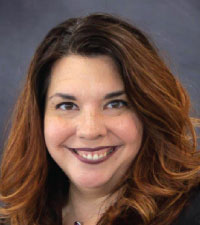