Throw any reason you have for delaying your next visit to the magical world of Disney out the window and start packing! The parks have more to explore than ever before, and the Orlando area is bursting at the seams with unique dining experiences and exciting things to see and do.

What is great about visiting the parks at Disney World is that you definitely get your money’s worth when you get a day pass like we did. Yes, we are brave (and/or crazy) and tried to fit as much as we can in one day. With more than 120 attractions and 50 entertainment options between the four parks, there is plenty to fill up a day’s agenda of fun. There is also a four-day magic pass which allows you to really take in each themed park for less than $85 a day! We got to our first park of the day right when they opened at 9 a.m., and we made sure to end at the park that was open the latest, which in our case was Magic Kingdom. Depending on the day and time of year, some parks stay open later for guests who are already on property. It’s always good to look up the different park hours when you plan your day in Disney!

Each of Disney’s four themed parks is truly spectacular, but our favorite has to be Animal Kingdom. Especially since the opening of Pandora – The World of Avatar at Disney’s Animal Kingdom, we definitely enjoy spending the majority of our time here.

From the moment we entered the Pandora section of the park, we were mesmerized by the floating mountains and glowing flora all around us. The grandeur of it all will have your senses tingling. And have you ever wondered what it would be like to ride on the back of a banshee as you fly through the vibrant parallel universe of Pandora? Well, with the Avatar Flight of Passage ride, you get to do just that as you take a thrilling, immersive 3D voyage over and through Pandora’s breathtaking landscape. It’s unlike anything we’ve experienced. There is also the Na’vi River Journey which allows you float down through a dark and bioluminescent rainforest filled with creatures and vegetation native to Pandora.

Another one of our favorite rides in the Asia part Animal Kingdom is Expedition Everest – Legend of the Forbidden Mountain, or as we like to call it, the Yeti ride. If you are a thrill seeker and love fast roller coasters with big drops, this ride is for you. We loved it so much, we rode it twice! Up, down, forward, backward, right side up and upside down, light and into darkness, this ride does it all as it races into the depths of the mountain where the legendary snow monster lives.

We also visited Disney’s Hollywood Studios where the new Star Wars: Galaxy’s Edge land is now open! There are almost too many things to “nerd out” over in this 14-acre section of the park. Any and all Star Wars lovers will enjoy attractions such as the notable Millennium Falcon: Smugglers Run, during which they will get to channel their inner Han Solo and fly the Millennium Falcon on an interactive smuggling mission. In addition, the Star Wars: Rise of the Resistance ride is best put as “one of the most immersive, ambitious, and technologically advanced attractions ever created for a Disney park.” It really does blur the lines between fantasy and reality as “guests launch into space aboard a transport shuttle, only to be captured by a Star Destroyer and pursued by Supreme Leader Kylo Ren as they frantically search for a way to escape the clutches of the First Order.”

Disney’s Hollywood Studios is also home to our long-time favorite ride, The Twilight Zone Tower of Terror™. It’s a Disney classic, not only on the park’s skyline but as an experience for all ages. It doesn’t matter how many times in life we’ve strapped ourselves into that abandoned hotel’s elevator, the unexpected drops and upwards catapulting will never get old. Shrieks and laughs the whole way through! 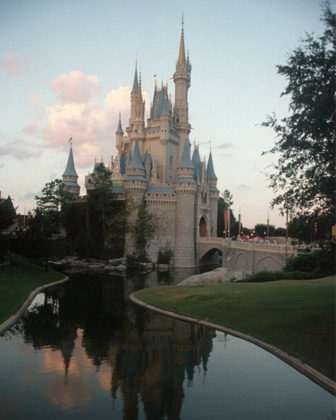 We went from spooky, sci-fi vibes to knee-deep in the enchantment of Magic Kingdom Park. Perhaps the most picture-perfect part of Disney World Resorts, Magic Kingdom brings your childhood back to life with nods to both old and new Disney movies everywhere you turn. Everyone should end their day at Magic Kingdom to take in the “Happily Ever After” show—an extravagant, magical, and emotional fireworks show complete with appearances from all your favorite Disney characters. We dare you not to tear up even a little bit…it tugs at the heart strings of any Disney fan. 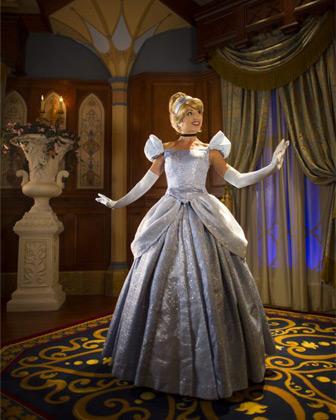 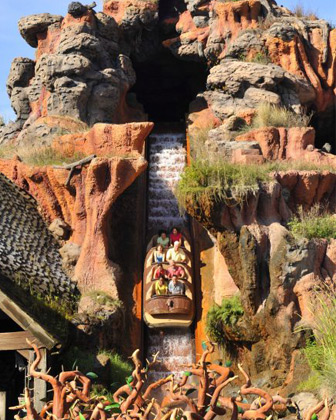 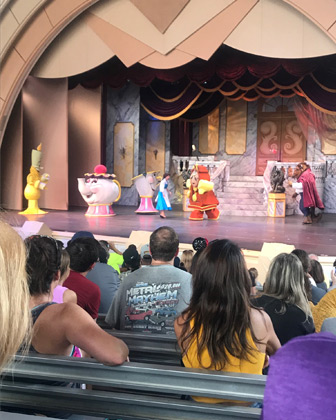 While the Disney theme parks are reason enough to make Orlando your vacation destination, there are a lot of fun places to visit outside of the resort as well. The dining scene is amazing! One of the restaurants we fell in love with was Black Angus Steakhouse. We visited the location in Kissimmee, but there are also locations in Disney Springs and on International Drive in Orlando as well.

First and foremost, Black Angus Steakhouse serves USDA Choice Beef or higher! Their steak is aged 21–28 days to really saturate the flavor. We ordered the bacon-wrapped filet bites and they were cooked perfectly—very juicy and tender, and the bacon was just crisp enough to give each bite a good crunch without tasting burnt or being too chewy. The peppercorn gravy sauce to dip the filet bites in really impressed us.

The other appetizer we got was the cocktail shrimp. Being so close to the sea, it’s only right to order a little seafood. It’s nice to have a restaurant that serves both fresh seafood and delicious Midwest beef. The shrimp was huge! Just two bites had us feeling a tad bit full.

The salads we were served were tossed together with fresh ingredients such as banana peppers and green onions in the Spring Mix Salad, and the creamy house-made dressing made each bite lively and enjoyable. The Ceaser salad was loaded with parmesan cheese and the blue cheese dressing was amazing—light and not too heavy but more than flavorful. We found out that the majority of the dressings served at Black Angus Steakhouse are made from scratch!

For the entrees, we shamelessly ordered the Porterhouse Steak. This meal just warmed our hearts. The steak was nice and thick and had great natural flavor. From the seafood menu, we selected the crab legs and lobster. With each bite, we settled more and more into our coastal surroundings. This was truly a great meal, and just what we needed to fuel ourselves for more fun adventures underneath the Florida sun.

Of course, we wouldn’t have been able to get our food down without a few adult beverages off of Black Angus Steakhouse’s colorful drink menu. They offer huge 24oz margarita bowls and specialty crafted cocktails in a 15oz souvenir glass. The restaurant also features a variety of draft beers in 20oz Pilsner glasses with discounted refills. Hard not to have a good time with such a great selection of drinks in a clean, casual atmosphere. Cheers to the amazing staff at Black Angus Steakhouse! We’ll be back.

Happy Anniversary to our Editor and Director of Op

We love hearing our clients’ positive feedback a

We recently said au revoir! to our amazingly talen