You are at:Home»Spotlights»McGill Restoration – The Construction Industry: A Re-Emerging Career Path 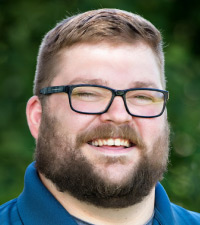 Jeff McGill may have been destined from birth to become an integral part of McGill Restoration (mcgillrestoration.com). However, McGill Restoration was not part of his long term plan when he first started working there twelve years ago. In the summer of 2006, Jeff started working for McGill Restoration to make some extra money for college. Choosing to work for McGill Restoration was a no-brainer for Jeff, not just because his first cousin, Tim McGill, is the company owner; but also because he knew the pay was good and that he possessed the necessary work ethic. Like many other young people starting their college education, Jeff knew that he wanted a career that maximized his skills, was personally satisfying and allowed him to make a good income. Also like many other young adults in college, he was a touch uncertain about what his future career might actually look like. 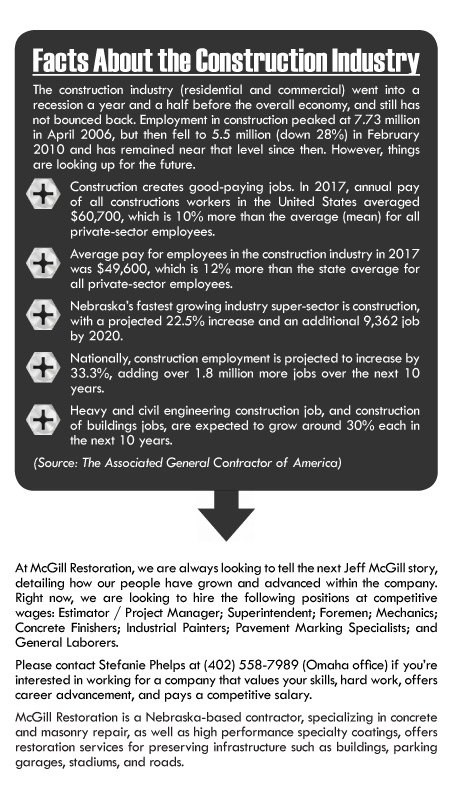 In 2008, Jeff took a short break from college and chose to return to work for McGill Restoration. Jeff worked hard, advancing quickly through the ranks, and became a McGill Restoration foreman in 2011. During that time, Jeff’s life continued to move forward. He got married and started a family. In 2016, Jeff left McGill Restoration to complete his Bachelors of Science degree in Project Management from Bellevue University. While finishing his degree, he tried his hand at manufacturing and once again, his hard-working ways and leadership skills allowed him to excel. He did well at his manufacturing job but didn’t see the career advancement opportunities that he desired.

When he first started at McGill Restoration during the summer of 2006, Jeff may not have realized that he was beginning down his career path. He only started with McGill Restoration as he recognized a company that valued his skills, hard work, and leadership abilities, all while paying a competitive wage. Jeff’s dedication, commitment, and astute abilities have allowed him to advance and grow into a professional career with a company he loves.

Click here for all press, reviews & features about McGill Restoration